The Monastery of Batalha (Portuguese: Mosteiro da Batalha), literally the Monastery of the Battle, is a Dominican convent in the municipality of Batalha, in the district of Leiria, in the Centro Region of Portugal. Originally, and officially known, as the Monastery of Saint Mary of the Victory (Portuguese: Mosteiro de Santa Maria da Vit6ria), it was erected in commemoration of the 1385 Battle of Aljubarrota and would serve as the burial church of the 15th-Century Aviz dynasty of Portuguese royalty. It is one of the best and original examples of Late Gothic architecture in Portugal, intermingled with the Manueline style.
The monastery was built to thank the Virgin Mary for the Portuguese victory over the Castilians in the battle of Aljubarrota in 1385, fulfilling a promise of King John I of Portugal. The battle put an end to the 1383-85 Crisis.
It took over a century to build, starting in 1386 and ending circa 1517, spanning the reign of seven kings. It took the efforts of fifteen architects (Mestre das Obras da Batalha), but for seven of them the title was no more than an honorary title bestowed on them. The construction required an enormous effort, using extraordinary resources of men and material. New techniques and artistic styles, hitherto unknown in Portugal, were deployed. Work began in 1386 by the Portuguese architect Afonso Domingues who continued until 1402. He drew up the plan, and many of the structures in the church and the cloister are his doing. His style was essentially Rayonnant Gothic, however there are influences from the English Perpendicular Period . There are similarities with the far;:ade of York Minster and with the nave and transept of Canterbury Cathedral. He was succeeded by Huguet from 1402 to 1438. This architect, who was probably of Catalan descent, introduced the Flamboyant Gothic style. This is manifest in the main facade, the dome of the square chapter house, the Founder's Chapel, the basic structure of the Imperfect Chapels and the north and east naves of the main cloister. He raised the height of the nave to 32.46 m. By altering the proportions, he made the interior of the church seem even narrower. He also completed the transept, but he died before he could finish the Imperfect Chapels.
During the reign of Afonso V of Portugal, the Portuguese architect Fernao de Evora continued the construction between 1448 and 1477. He added the Cloister of Afonso V. He was succeeded by the architect Mateus Fernandes the Elder in the period 1480-1515. This master of the Manueline style worked on the portal of the Capelas lmperfeitas. Together with the famous Diogo Boitac he realized the tracery of the arcades in the Claustro Real. Work on the convent continued into the reign of John Ill of Portugal with the addition of the fine Renaissance tribune (1532) by Joao de Castilho. The construction came to a halt, when the king decided to put all his efforts in the construction of the Jeronimos Monastery in Lisbon.
The earthquake of 1755 did some damage, but much greater damage was inflicted by the Napoleonic troops of Marshal Massena, who sacked and burned the complex in 1810 and 1811. When the Dominicans were expelled from the complex in 1834, the church and convent were abandoned and left to fall in ruins.
In 1840, king Ferdinand II of Portugal started a restoration program of the abandoned and ruined convent, saving this jewel of Gothic architecture. The restoration would last till the early years of the 20th century. One of the last architects was master stone mason Jose Patrocinio de Sousa, responsible for rebuilding the monastery. It was declared a national monument in 1907. In 1980 the monastery was turned into a museum.
The Batalha convent was added in 1983 by UNESCO to its list of World Heritage sites.

The city of Alcobaca became notable after the first king of Portugal, Afonso Henriques, decided to build a church to commemorate the Con­quest of Santarem from the Moors in 1147. The church later evolved into the Monastery of Alcoba a, one of the most magnificent gothic monuments in the country. In the church are the tombs of Pedro I of Portugal and his murdered mistress Ines de Castro. Over the centuries this monastery played an important role in shaping Portuguese culture.

A town that only became notable in the 12th century when it was chosen as the future site of Portugal's largest church. In March 1147, the fledgling King Dom Afonso Henriques, defeated the Moors by capturing the city of Santarem. As a tribute to his victory he vowed to build a magnificent home for the Order of Cistercians. It took another 76 years before this task was completed. The monarchy continued to carry out further construction and 60 years later King Dinis built the main cloister. The Monastery was consecrated in 1262.

The church contains the tombs of Pedro I of Portugal and his murdered mistress Ines de Castro and with it the story of the tragic liaison between Pedro and Ines. Forced at an early age as a royal duty, he was to marry Constanza, the lnfanta (Princess) of Castile, but died shortly after the marriage. Dom Pedro escape with his true love and later lived in the city of Coimbra. His father, King Afonso IV, believing that the family of Ines was a threat to his own kingdom had her murdered. Shortly after the death of his father Dom Pedro declared that he had married Ines in a prior secret ceremony in Bragan a, and promptly took a gruesome revenge on the killers and exhumed her body. He presented the embalmed corpse at the court with a crown on her head and demanded that all his courtiers kneel and individually pay homage to her decomposed hand. Today, their ornate tombs face each other so that on Judgment Day his first sight would be of his beloved Ines.

During the following centuries the monks from this monastery had a major influence on the development of Portuguese culture. Notably, in 1269 they were the first to give public lessons to their flock, and later they produced the first authoritative history on Portugal in a series of books. In 1810 the invading French pillaged the Abbey taking with them most of its most important treasures, including the noteworthy library. The items that remained were later stolen in 1834 during an anti-clerical riot and the banning of the religious Orders in Portugal. 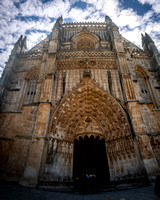 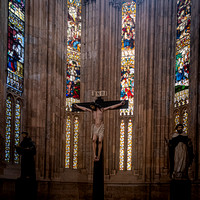 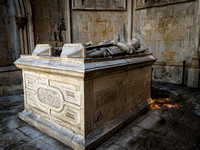 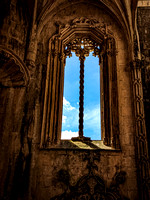 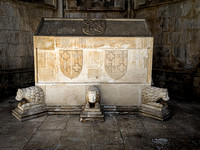 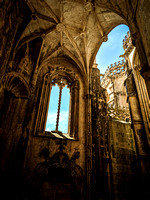 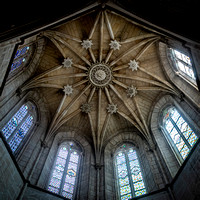 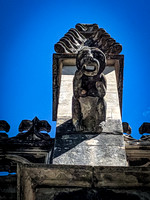