Aveiro is a city on the west coast of Portugal set along a lagoon called Ria de Aveiro. It's distinguished by its canals navigated by colorful boats (barcos moliceiros), traditionally used to harvest seaweed. Not far from its core, known for art nouveau buildings, is the Cathedral of Aveiro, with its prominent bell tower. The Museu de Aveiro, housed in a former convent, has a lavish tomb made of marble.

The presence of human settlement in the territory of Aveiro extends to the period associated with the great dolmens of pre-history, which exist in most of the region.

For a long period Aveiro was an important economic link in the production of salt and commercial shipping. It was a center of salt exploration by the Romans and trade since 26 January 959 (from the testament of Countess Mumadona Dias to the cen6bio of Guimaraes). During this testament, Mumadona Dias also highlighted the ancient name for Aveiro, referring to the monastery's lands in Alauario et Salinas, literally, "a gathering place or preserve of birds and of great salt".

It was invaded by the Moors and held until the 11th century, after which it became popular with Portuguese royalty. 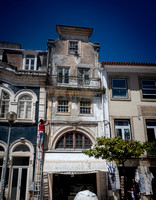 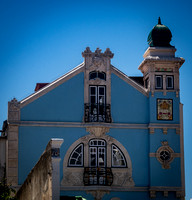