Belém, whose name is derived from the Portuguese word for Bethlehem, is the southwesternmost civil parish of the municipality of Lisbon. Until 2012, the area of Belém had its own historic parish, named Santa Maria de Belém.

The Jerónimos Monastery or Hieronymites Monastery is a former monastery of the Order of Saint Jerome near the Tagus river in the parish of Belém; it was secularised on 28 December 1833 by state decree and its ownership transferred to the charitable institution, Real Casa Pia de Lisboa.
The monastery is one of the most prominent examples of the Portuguese Late Gothic Manueline style of architecture in Lisbon. It was classified a UNESCO World Heritage Site, along with the nearby Tower of Belém, in 1983.
The Jerónimos Monastery replaced the church formerly existing in the same place, which was dedicated to Santa Maria de Belém and where the monks of the military-religious Order of Christ provided assistance to seafarers in transit. The harbour of Praia do Restelo was an advantageous spot for mariners, with a safe anchorage and protection from the winds, sought after by ships entering the mouth of the Tagus. The existing structure was inaugurated on the orders of Manuel I (1469–1521) at the courts of Montemor o Velho in 1495, as a final resting-place for members of the House of Aviz, in his belief that an Iberian dynastic kingdom would rule after his death. In 1496, King Manuel petitioned the Holy See for permission to construct a monastery at the site. The Hermitage of Restelo (Ermida do Restelo), as the church was known, was already in disrepair when Vasco da Gama and his men spent the night in prayer there before departing on their expedition to the Orient in 1497.

Belém Tower is a UNESCO World Heritage Site located in Lisbon that played a key role in Europe’s Age of Discoveries, since it served both as a fortress and as a port from where Portuguese explorers departed to establish what would be the first European trade in history with China and India. It also served as a ceremonial gateway to Lisbon.
The tower was built in the early 16th century, during the height of the Portuguese Renaissance, and is a prominent example of the Portuguese Manueline style, but it also incorporates hints of other architectural styles. The structure was built from Lioz limestone and is composed of a bastion and a 30-metre (98.4 ft), four-storey tower. It has incorrectly been stated that the tower was built in the middle of the Tagus and now sits near the shore because the river was redirected after the 1755 Lisbon earthquake. In fact, the tower was built on a small island in the Tagus River near the Lisbon shore. 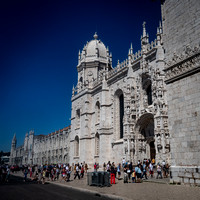 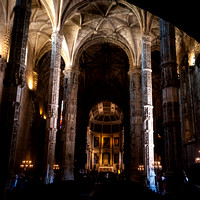 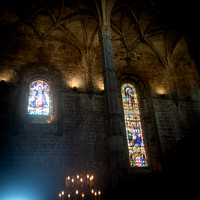 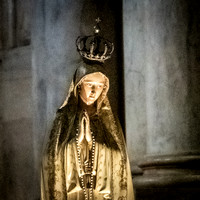 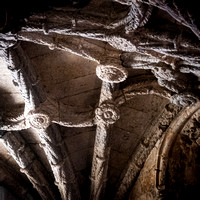 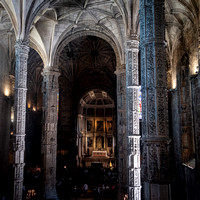